A #CancelCanadaDay march is being staged in Ottawa, the capital, and Toronto is hosting rallies to memorialise the victims and survivors of Canada’s residential school system.

Multiple communities scrapped Canada Day celebrations on Thursday, July 1, after the discovery of hundreds of bones of children at defunct indigenous schools provoked a reckoning with the country’s colonial past. 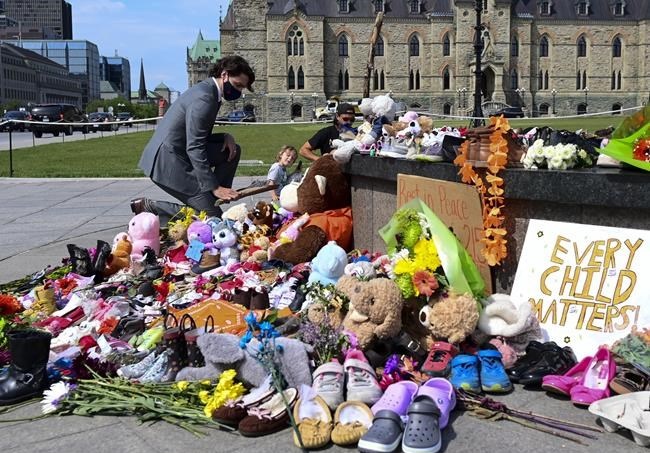 Calls to tone back or cancel celebrations snowballed after, beginning in May, approximately 1,000 unmarked graves were found at old so-called residential schools in British Columbia and Saskatchewan, that were predominantly managed by the Catholic Church and supported by the government.

Traditionally the holiday is celebrated with backyard barbecues and fireworks much like July 4 in the United States, however this year Canadian Prime Minister Justin Trudeau declared the day will be “a time for reflection.”

Canada’s capital city of Ottawa is conducting a #CancelCanadaDay march in remembrance of victims and survivors of the country’s residential school system, while Toronto is holding similar protests.

The schools engaged in what the Truth and Reconciliation Commission later labelled “cultural genocide” in 2015 by removing indigenous children from their homes.

“Canada is having a reckoning with its history,” said Akwasi Owusu-Bempah, a University of Toronto sociology professor who studies race, criminality and criminal justice.

Canada’s reputation for tolerance rests on its efforts to develop a multicultural society beginning in the 1970s, yet facts reveal that there are significant inequities for indigenous populations and among visible minorities.

Even though they only make up around 5% of the population, indigenous people have significantly lower incomes, greater exposure to violence, and shorter life expectancies than the general population.

An Angus Reid Institute survey on racism and diversity from June 21 found that 30% of members of ethnic minorities and indigenous communities experience discrimination because of their race or ethnicity.

The discovery of the bones and a fatal attack on a Muslim family in June that murdered three generations of relatives has led to soul searching in Canada regarding the country’s oft-touted reputation for tolerance. Murder and domestic terrorism are among the charges against the suspect.

Statistics Canada reports a 9 percent increase to 181 hate crimes directed towards Muslims in 2019. According to the Angus Reid poll, 36% of indigenous people and 42% of visible minorities view Canada as a racist nation.

Several Muslim women who wear hijabs have been assaulted in Alberta recently, and a law in Quebec that prohibits the practise is being challenged in court because of the widespread perception that it represents institutionalised racism.

The Inuk New Democrat MP Mumilaaq Qaqqaq said last month that she would not be seeking re-election because she did not feel secure there as an indigenous woman.