Léa Kyle is one of the top 10 contestants on the 16th season of “America’s Got Talent.” There has never been anyone quite like this French quick-change artist. This is what you should know about her.

Season 16 of America’s Got Talent is Léa Kyle’s last chance to win the hearts and minds of the American public. Léa’s quick-change performances throughout the season have wowed the panel of judges and audience members alike. 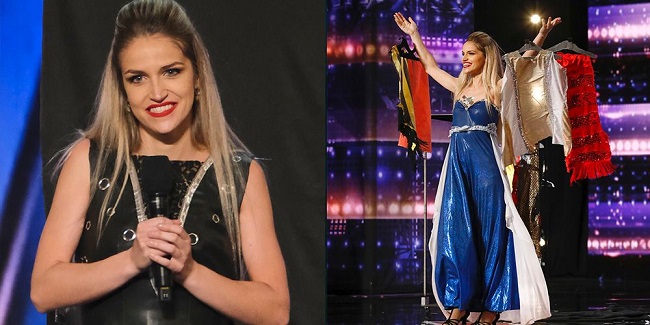 On September 14 and 15, during the final two nights of the show, she will perform again.

So, Who is Léa Kyle?

Her act is one of the most original in the history of America’s Got Talent. Here’s all you need to know about Léa, from her Golden Buzzer victory to her other accolades.

#1 Léa was the Recipient of Heidi Klum’s Coveted Golden Buzzer.

On the June 29th broadcast of America’s Got Talent, Léa made her audition. The judges were completely floored by her performance.

Howie Mandel remarked that he had “never seen” an artist who could change looks so quickly and seamlessly as Léa. Her “excellent showmanship” earned praise from Simon Cowell. However, it was Heidi Klum who truly raised the bar. She nominated Léa for the live shows by pressing her Golden Buzzer.

#2 Léa is a Frenchwoman.

Originally, Léa was born in Bordeaux, France. For the year 2019, she has been crowned the French Champion of Magic. Before appearing on AGT, she performed her quick-change routines all around France.

#3 Léa has been Recognised for her Abilities on Multiple Occasions.

According to her website, she won her first magic competition in 2018. It took place at the Villebarou International Festival. Her website proclaims, “From that day forward, she was able to make a career from her passion and she became a professional magician.”

Her friend and fellow magician, Florian Sainvet, introduced her to the world of magic. She not only won the Villebarou, but also the French Championship of Magic and the French Audience Award Championship.

#4 She’s been on Various Talent Competitions Before.

Léa made her debut on the 15th season of France’s Got Talent before making her way to America. During season 7 of Penn & Teller: Fool Us, she made an appearance as well.

#5 She has a Passion for Sewing.

Sewing is something that she “loves” to do. While in Bordeaux, Léa studied Haute Couture for an entire year. That explains why all of her outfits look so stunning.