Nokia’s new tablet is going to come out soon, and they have named it Nokia T20. It is supposedly very good as they are promising, and it seems like this one is going to give some competition to the new Apple iPad that is also supposed to come out soon. So it looks like things in the tech world are about to get interesting with these new releases. Not that things are ever boring in the tech world.

HMD Global had said that the tablet is a great one and that it is a tablet that runs on Google’s Android operating system. They also said that it comes with a 10.4-inch 2K display and a huge 8,200 milliamp-hour battery. The features are interesting enough to peek the interest of the buyers. 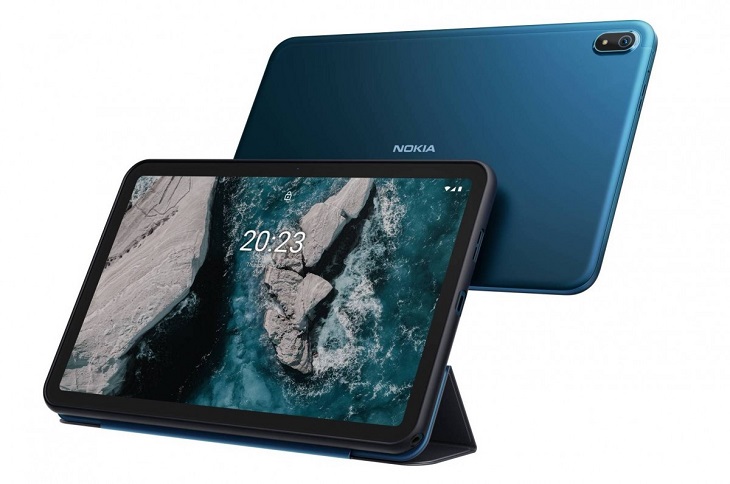 The firm had made sure that they are reeling in lots of customers by displaying the plus points of the tablet. They have made promises of up to 15 hours of usage on a full charge. That is a lot for a tablet.

Guess they used a really strong battery. For more power-hungry users, that need even more battery life HMD says that the T20 is known to be suitable to support 10 hours of video streaming on platforms like YouTube and Netflix. If that is not something to look forward to, then we don’t know what is.

That is not the extent of it, the tablet comes with many family-friendly features like a “kids mode” setting that shows only safe content to children, Google Kids Space, and Family Link. The tablet also includes a system that introduces all kinds of parental controls. If you are interested in it, then let’s talk about the price of it.

The Nokia T20 tablet is set to be starting at a price of 199 euros in Europe, or $249.99 in the U.S. It is also known to be coming in two versions: one with only Wi-Fi support available for the public, and another one comes with 4G connectivity. The latter costs a bit more, quite naturally, it is known to be retailing at 239 euros. We look forward to it.