The only small caveat is that no end-of-the-world prophecies ever come true. 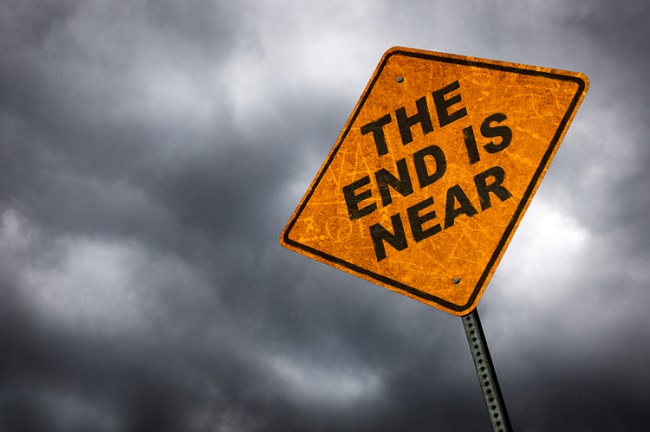 Predictions of the End of the World in 2022

There are always rumours of the end of the world floating around the internet and the tabloids, and every year there seem to be more and more of them.

Popular apocalypse predictions over the previous few years have included a nuclear war, an asteroid strike, and the onset of a new ice age.

Of course, none of those predictions came true. Though the recent pandemic and other occurrences may have apocalyptic overtones, they are actually rather normal when viewed through the lens of history. And despite all the tragedy that has befallen us recently, humanity lives on and flourishes.

In spite of this, there is no shortage of new end-of-the-world predictions for the upcoming year. Recent trends among those who anticipate the end of the world in 2022 include the following:

Insights from the Machine Mind

Humanity enslaved by computers? You could be forgiven for believing this prediction has already come true, what with the proliferation of AI and the fact that many of us are permanently glued to our smartphones.

So, let’s give at least some of the credit for this forecast to the man who originally made it: the famous seer Nostradamus. However, in darker corners of the web, it is augmented with fantasy details about a robot uprising led by a single, all-knowing computer brain that would soon have humans under its complete and utter domination.

We are continuously refining chatbots, so that is not expected to happen very soon.

In 2022, according to Nostradamus, Earth will be struck by a big meteorite or asteroid. Like he did for the year 2021, exactly. in addition to the years before to that. You could argue his record of foreseeing large space rock encounters is…uncertain.

We may expect to see our fair share of meteor showers in 2022, but there’s no need to worry; meteors are perfectly safe and fascinating to observe. Enjoy!

No evidence suggests that the Yellowstone supervolcano is poised to erupt. The professionals agree with this assessment.

Nevertheless, the internet continues to blare out random forecasts that it will do so in 2022, throwing Earth into a hellscape with millions of deaths.

Whose opinion would you put more stock in, experts or click-baiters? The choice is yours.

The Most Prescient Prophecies of Doom That Never Came True

If all this has you scared, remember that hundreds of previous prophesies throughout history have also come and gone without their predicted outcomes coming to pass.

A look at the history of prophets and prophesies is a useful reminder that there is no need to fear, even though some of the events on the list had catastrophic effects for many people.

Predicting the end of the world is, after all, a complex endeavour.

History of the Maya Calendar

Since the end of a major Mayan calendar cycle on December 21, 2012, the end of the world has been widely anticipated for that day.

In the days leading up to “12/21/12,” speculation online ran rampant that the world would end at midnight. With so much false information floating around online, even NASA felt obligated to put out an explanation for why the world will not end on December 21, 2012.

RVing and the End of the World

It was also predicted that the end of the world will occur on October 21, 2011. Using a system of calculations he said were based on Jewish feast days and the lunar calendar, American radio personality Harold Camping had determined the date of the apocalypse.

In addition to his end-of-the-world assertions, he also stated that the Rapture, the ascension of God’s chosen people to heaven, would occur on May 21, 2011, at 6:00 p.m. Others, he added, would be left on Earth to suffer the end of days five months after the rapture.

Some of Camping’s devotees, according to media accounts, have lost their jobs, sold their houses, and put in a lot of money to spread the word about his prophecies. When the Rapture didn’t happen as expected, Camping revised his forecast that it would happen at the same time as the end of the world.

The so-called prophet also declared that “nobody could know exactly when the moment of the apocalypse would come” after October 21, 2011.

There are many who fear that the black hole formed from the released energies from the experiments will be strong enough to swallow up Earth and all life within it.

No such black hole has been found yet, and multiple high-profile investigations have determined that there are no such dangers linked with the experiments done at the LHC.

A Brief History of the Year 2000 Problem

Towards the end of the second millennium, people around the world worried that the world would end simultaneously with the beginning of the year 2000, or Y2K.

This forecast was based on the practise adopted by computer programmers of abbreviating year numbers with two digits when designing software. Example: “1999” would be represented by the code “99.”

When the year 2000 rolled around, computers would reset to “00,” thinking it was still 1900. This caused all sorts of problems with the programmes. Many people believe that the end of the world will occur on December 31, 2012 due to the “Millennium Bug,” which poses a threat to financial institutions, aircraft, and even weapon systems.

However, at midnight on January 1, 2000, the world celebrated the new year, and no planes dropped out of the sky.

The Prophet Nostradamus and the Master of Fear

A “king of horror” would descend from the heavens in 1999, as predicted by the famous seer Nostradamus 250 years ago.

Austrian geologist and Nostradamus buff Alexander Tollmann chose to play it safe by sitting it out in a self-built bunker in Austria.

Tollmann was sure that the apocalypse was to arrive early in August, a dread that was strengthened by the total solar eclipse on August 11, 1999.

This is a Story about a UFO and the Great Flood.

Chicago homemaker Dorothy Martin (a.k.a. Marion Keech) claimed to have received a warning from planet Clarion in the early 1950s: the world was to end in a massive flood before dawn on December 21, 1954.

Martin and a group of followers were sure that a flying saucer would rescue the genuine believers before the eventual destruction of Earth. Some people’s faith was so great that they uprooted their entire lives, including leaving their jobs, their families, and even their possessions.

To investigate the impact of such convictions and the group’s responses when the predicted event did not occur, social psychologists Leon Festinger, Henry Riecken, and Stanley Schachter entered Martin’s group.

When Prophecy Fails is where Festinger’s famous theory of cognitive dissonance first appears thanks to their efforts.